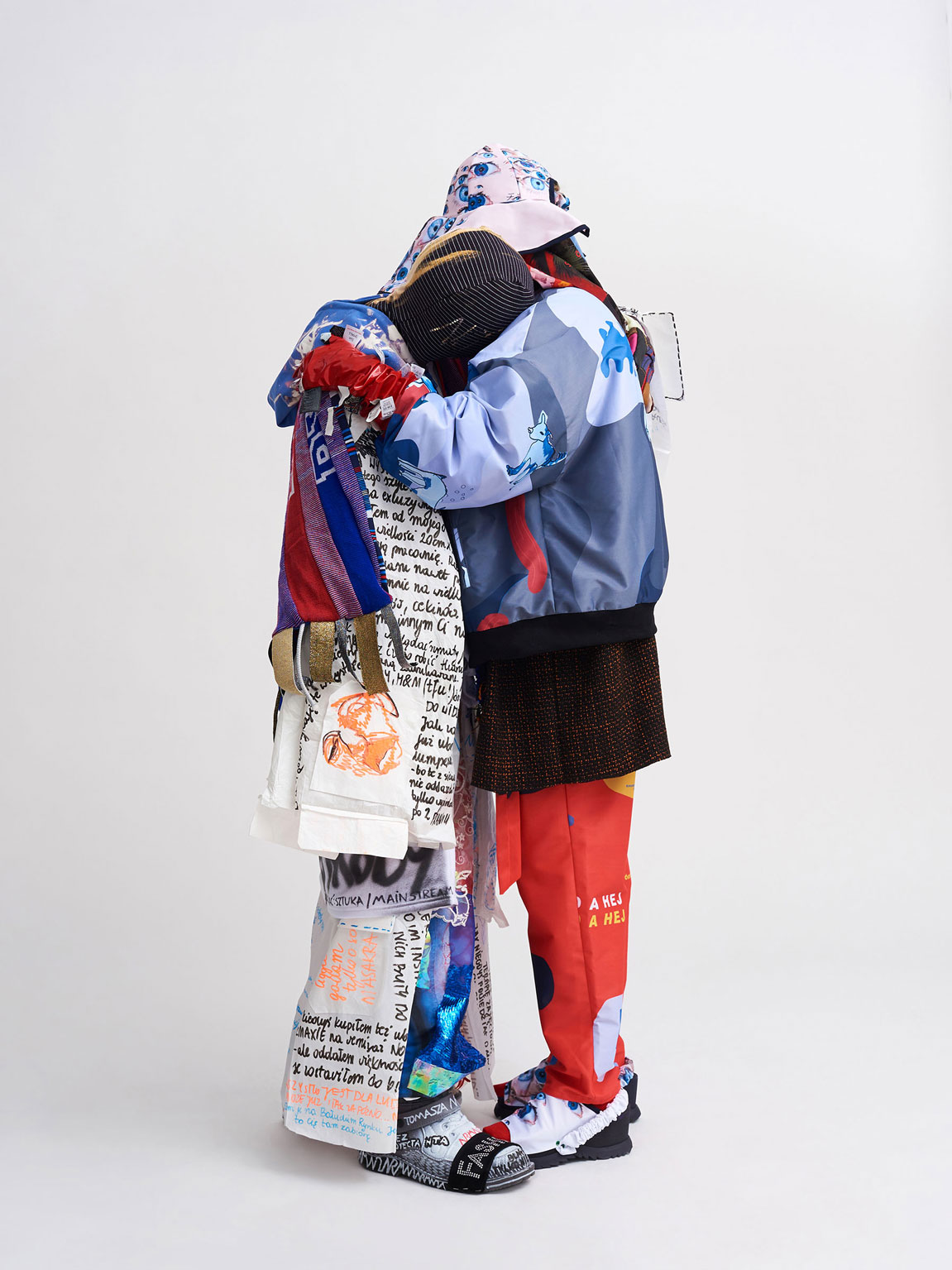 Paradise Is An Island, So Is Hell.

Many islands lie so far from their mother countries that they no longer fit on the maps of that country. They are mostly left out altogether, but sometimes they are granted a place at a cartographical side table, hemmed in by a framed box with a separate scale measure squashed at the edge, but with no information about where they are. They become footnotes to the mainland, expendable to an extent, but also disproportionately more interesting. 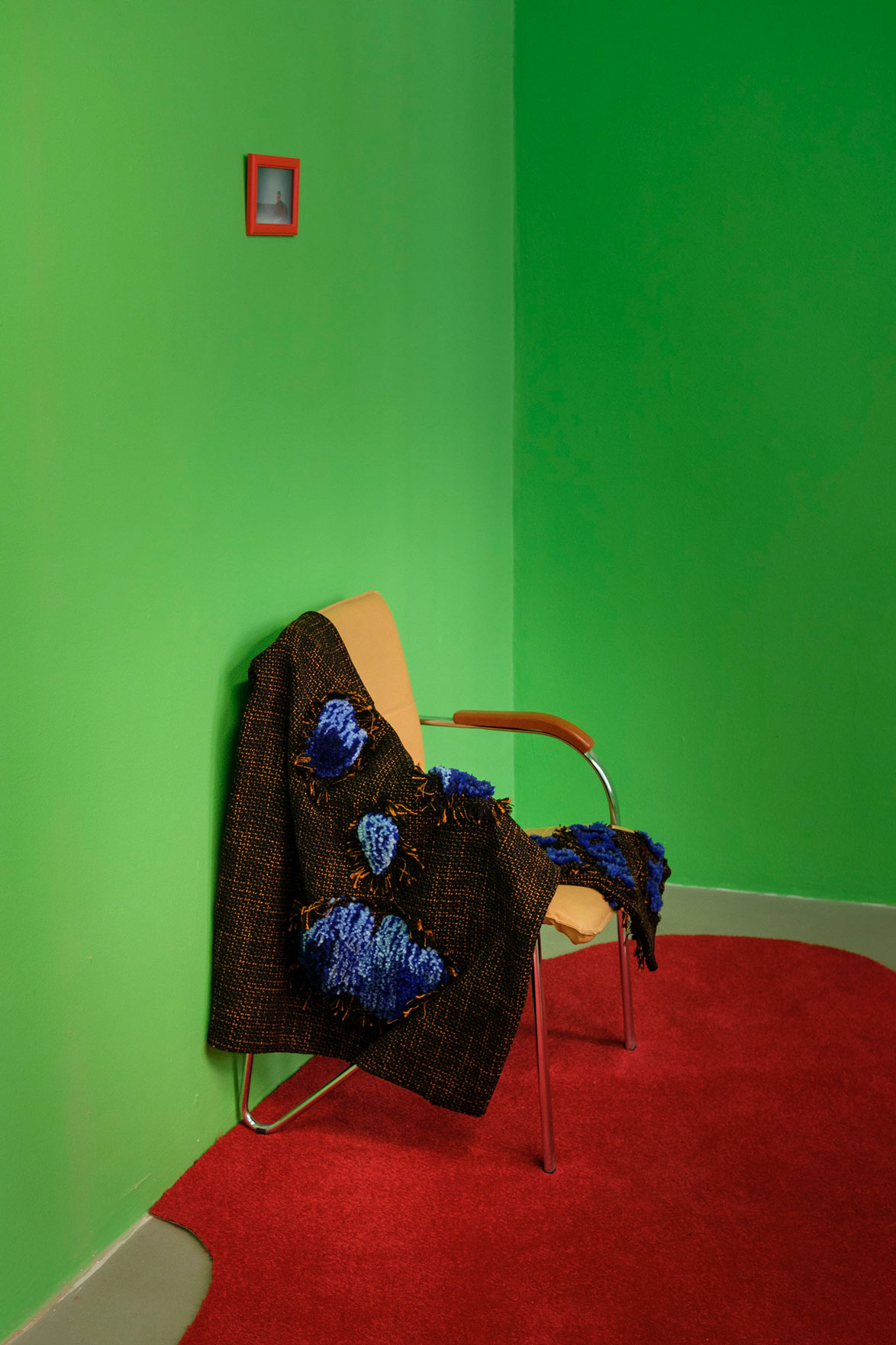 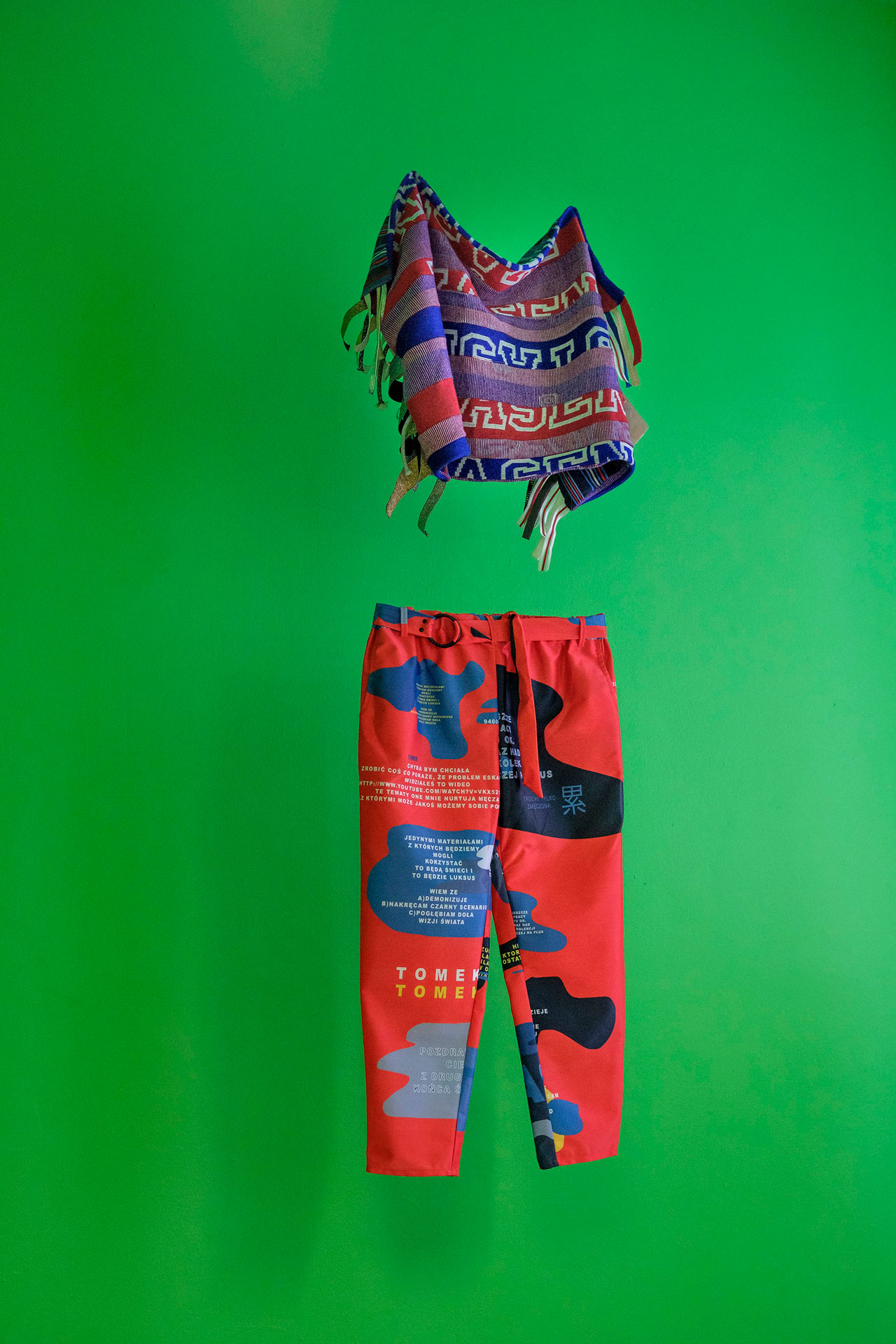 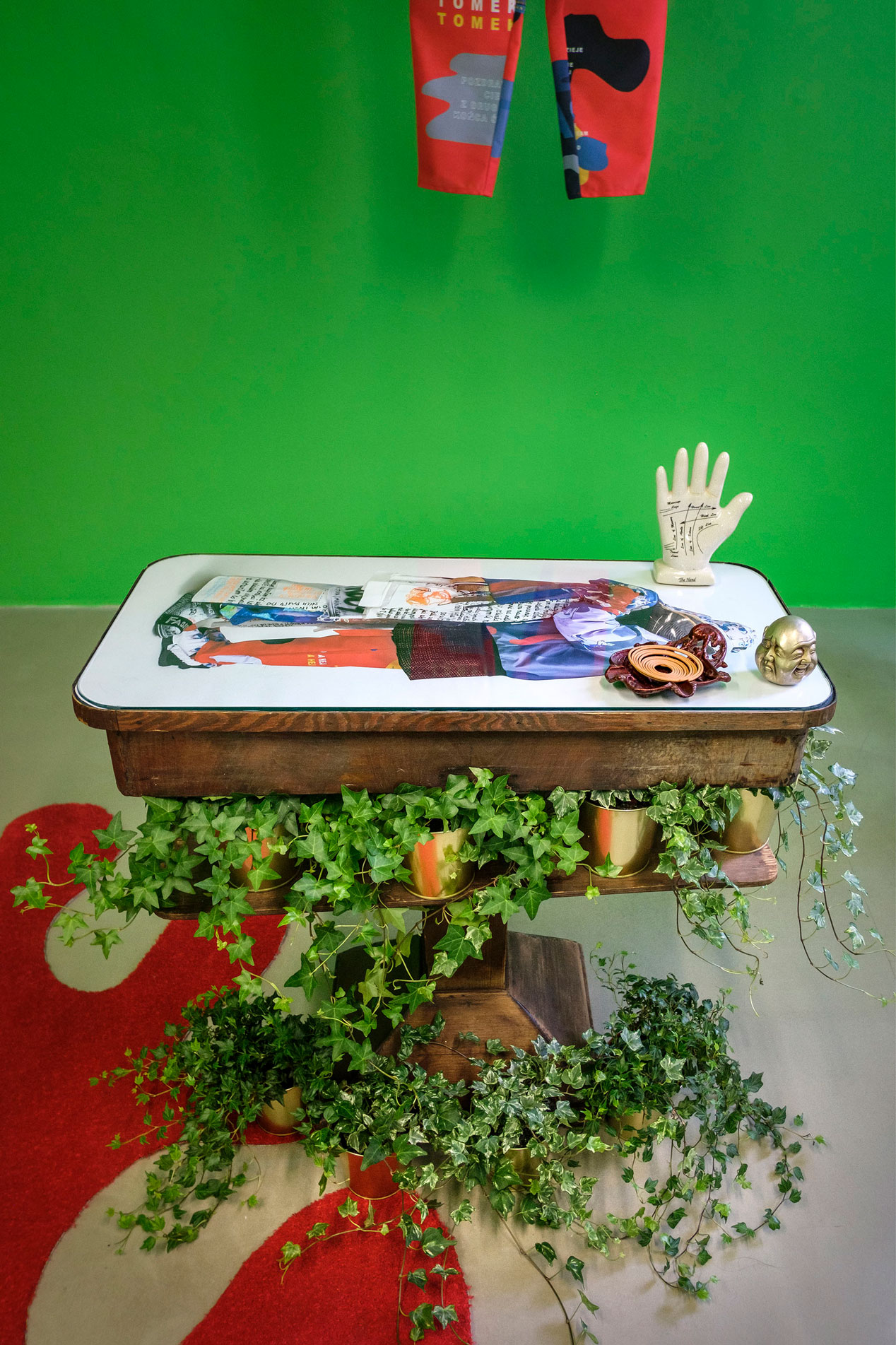 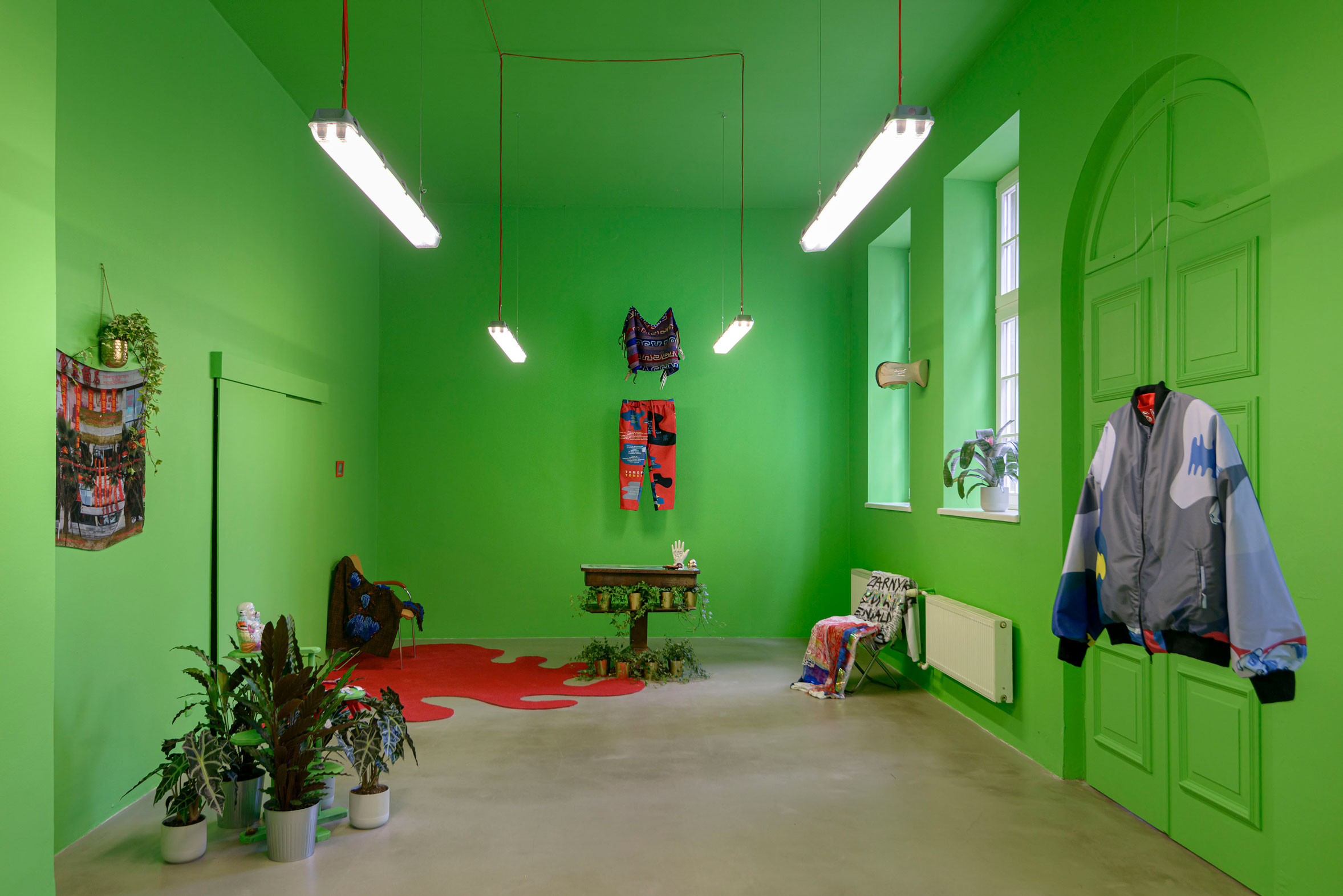 We begin our journey. We are on an island in the Arabian Sea, in the tropical climate zone. During the wet season, the average temperature here reaches around 30 degrees Celsius. We are at a gate, which once used to be the most important monument in the city, now overgrown with wild vegetation. Emerging from the thicket are towers and a curvilinear truss, sculpted in yellow basalt. Behind the arch of the gate there are stairs leading to water. The first thing that catches the eye is a bay and a port, from which you can sail to another remote island. Neighbouring the port, a district shrouded in fog sees indigo-coloured* dogs running unhurriedly around, hiding among dense clouds and emerging from them. That part of the island, veiled in darkness, offers shelter from the heat. Yet, the price for shelter is high – it is contaminated with indigo, the most fashionable colour this season. Cooling themselves in the water, the dogs stretch, yawn, wake up to life. Waves crash fiercely against the shore, tinting everything blue. Here lies the island, the other end of our known world, where the moon does not care for barking dogs. 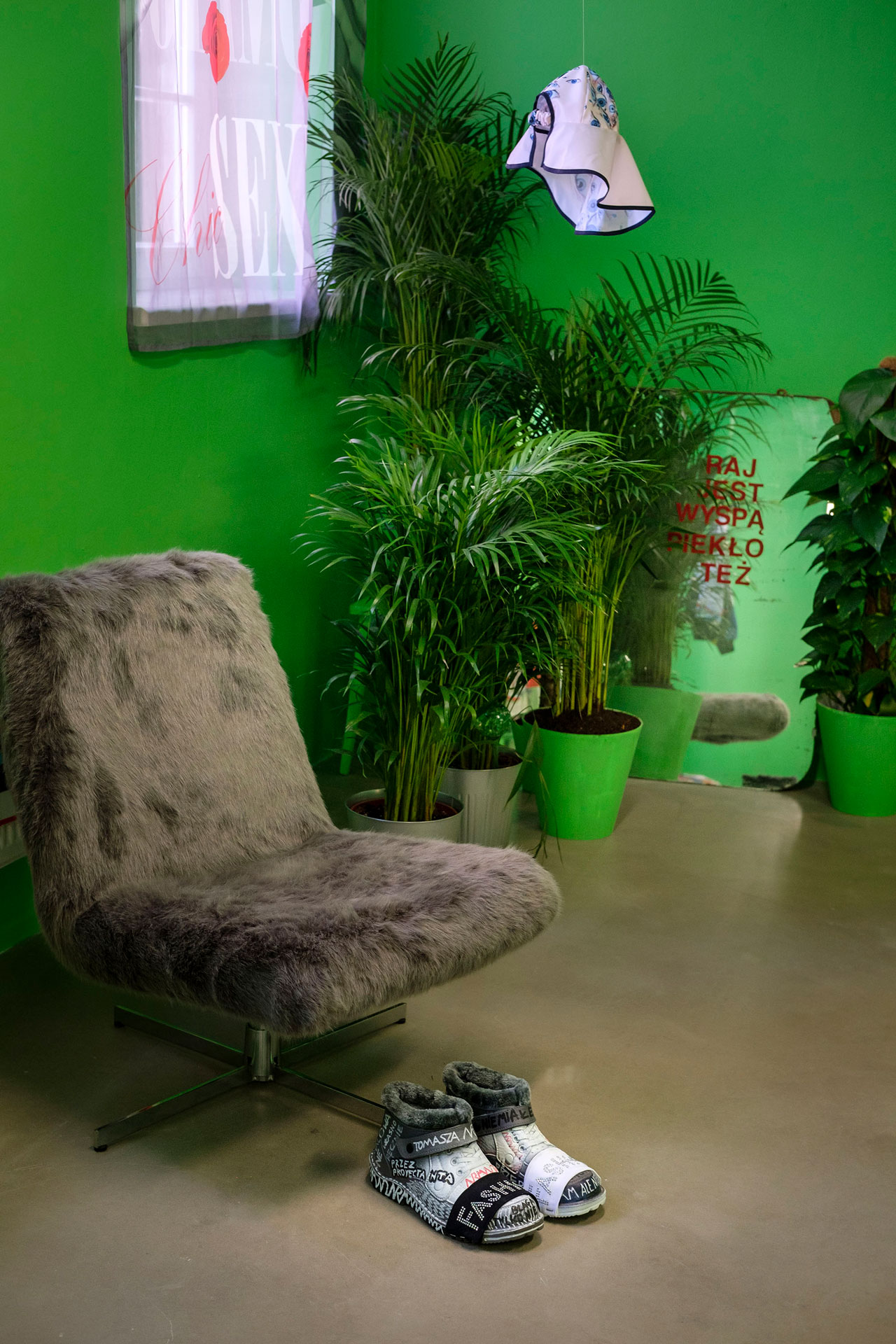 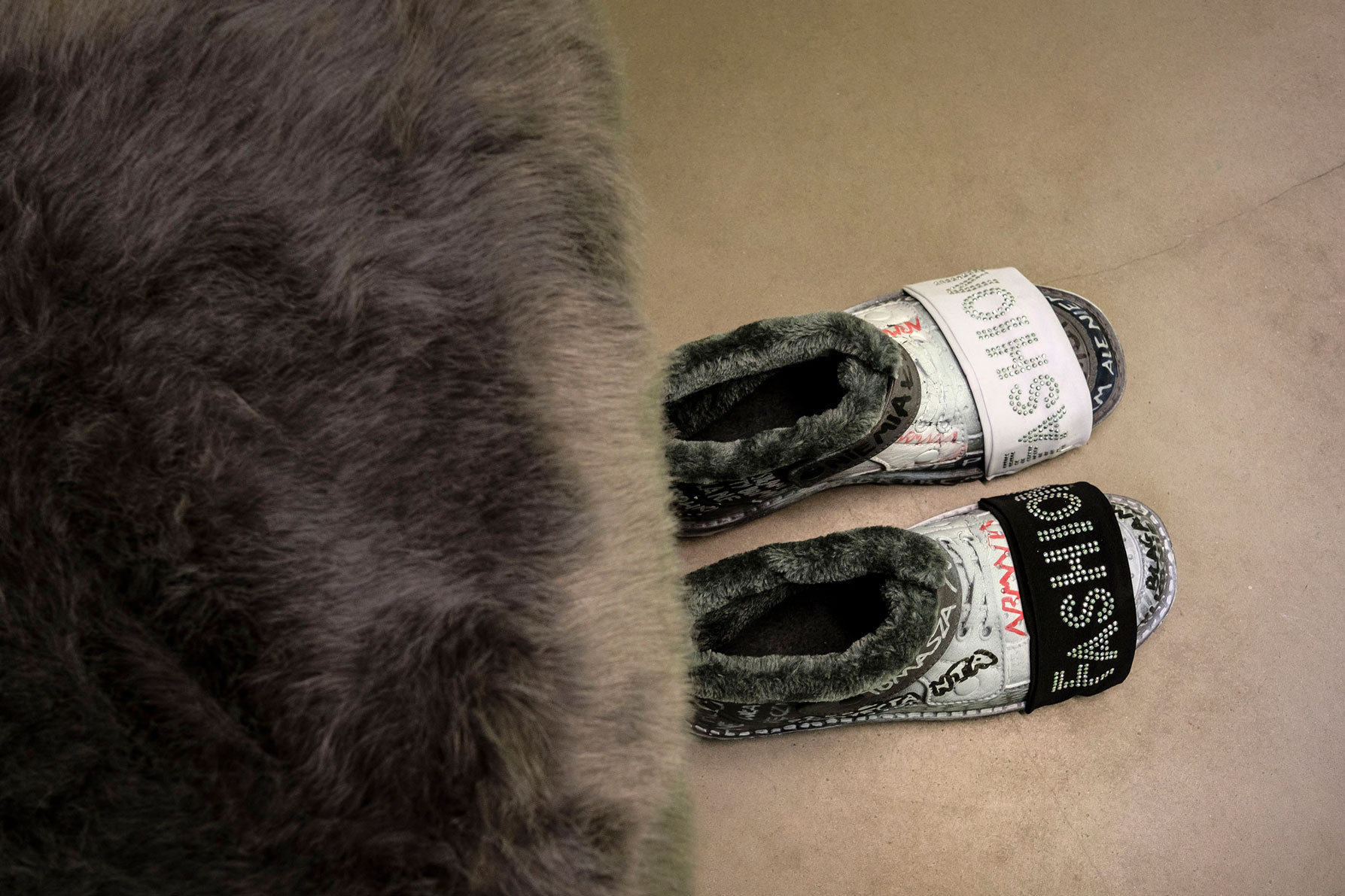 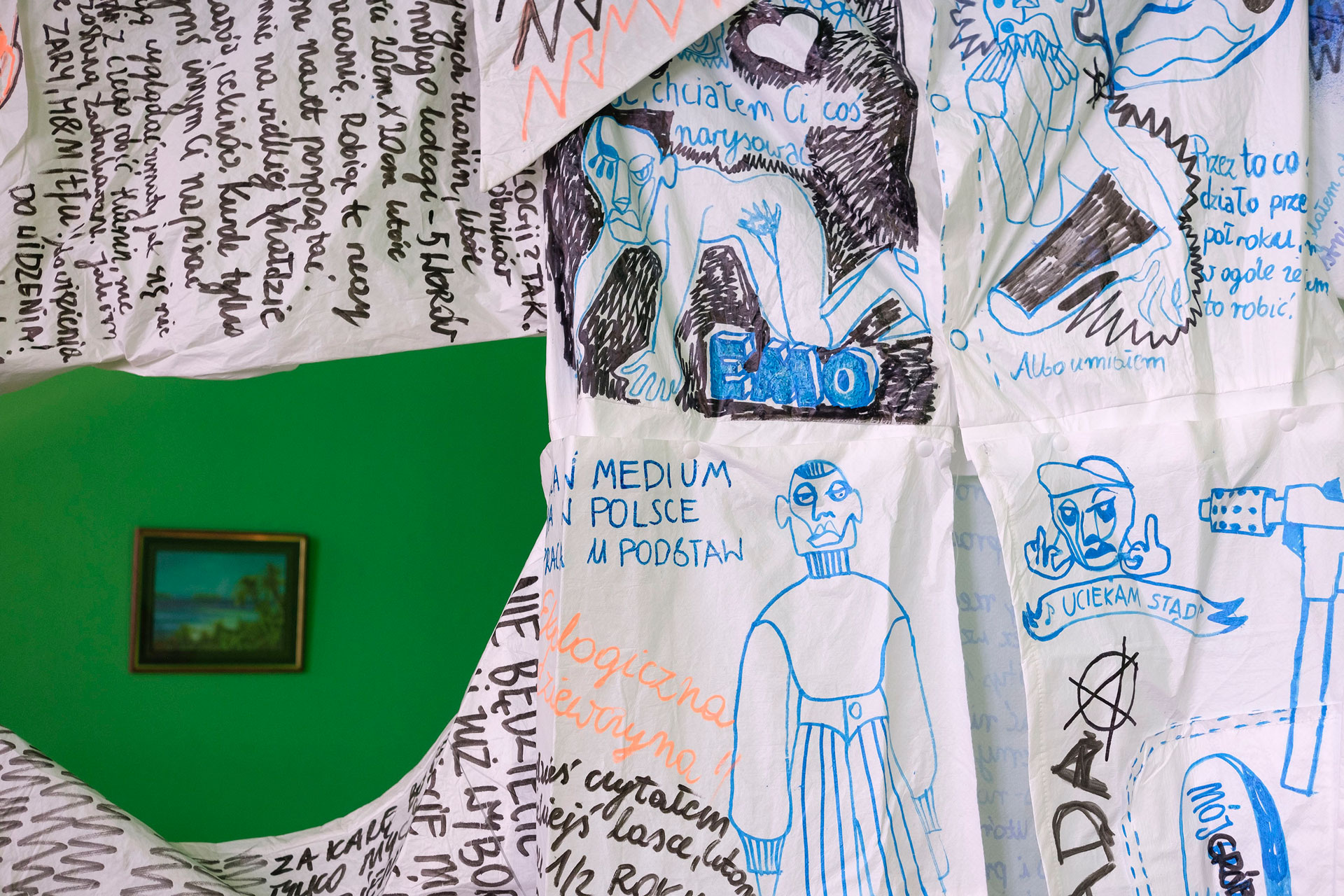 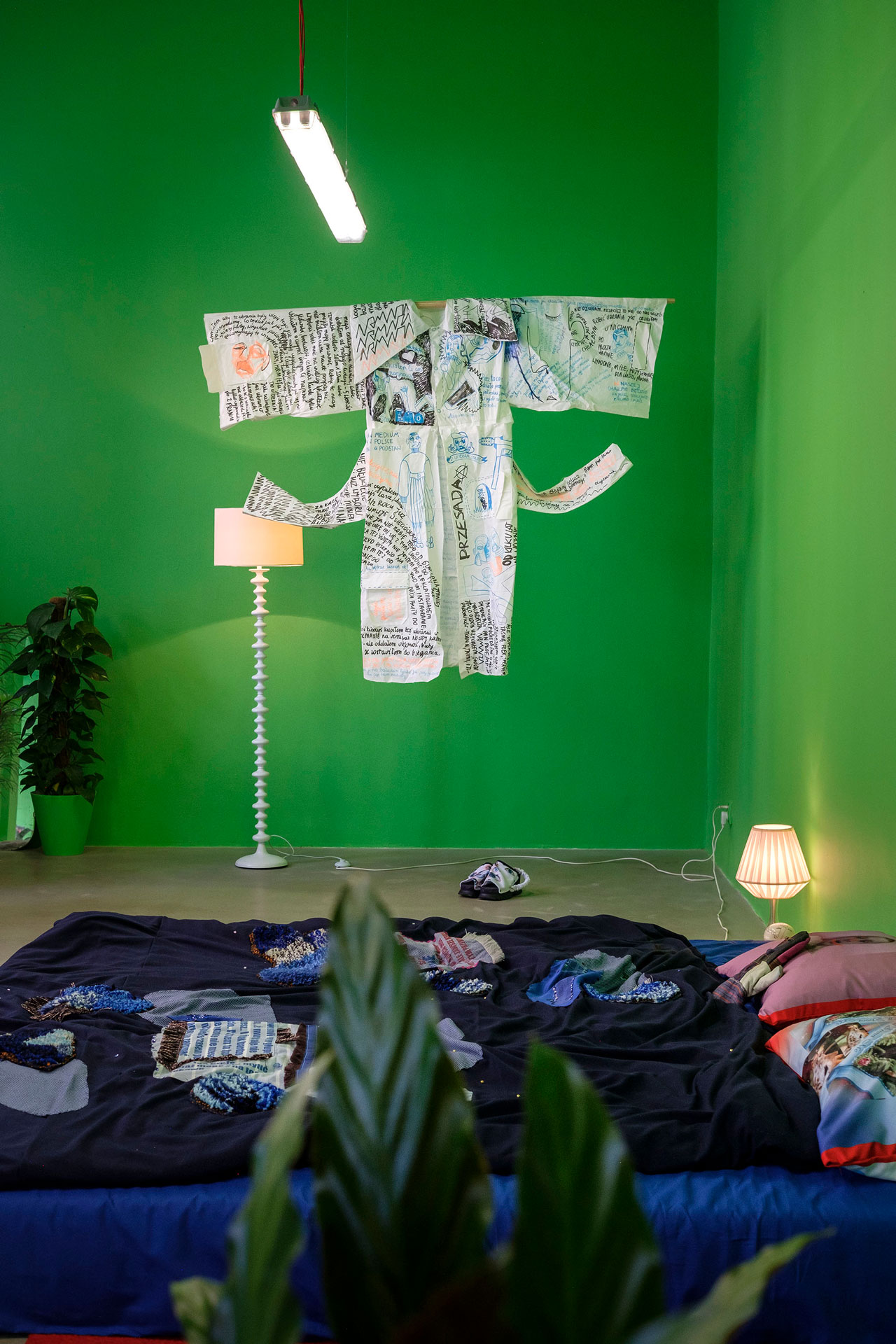 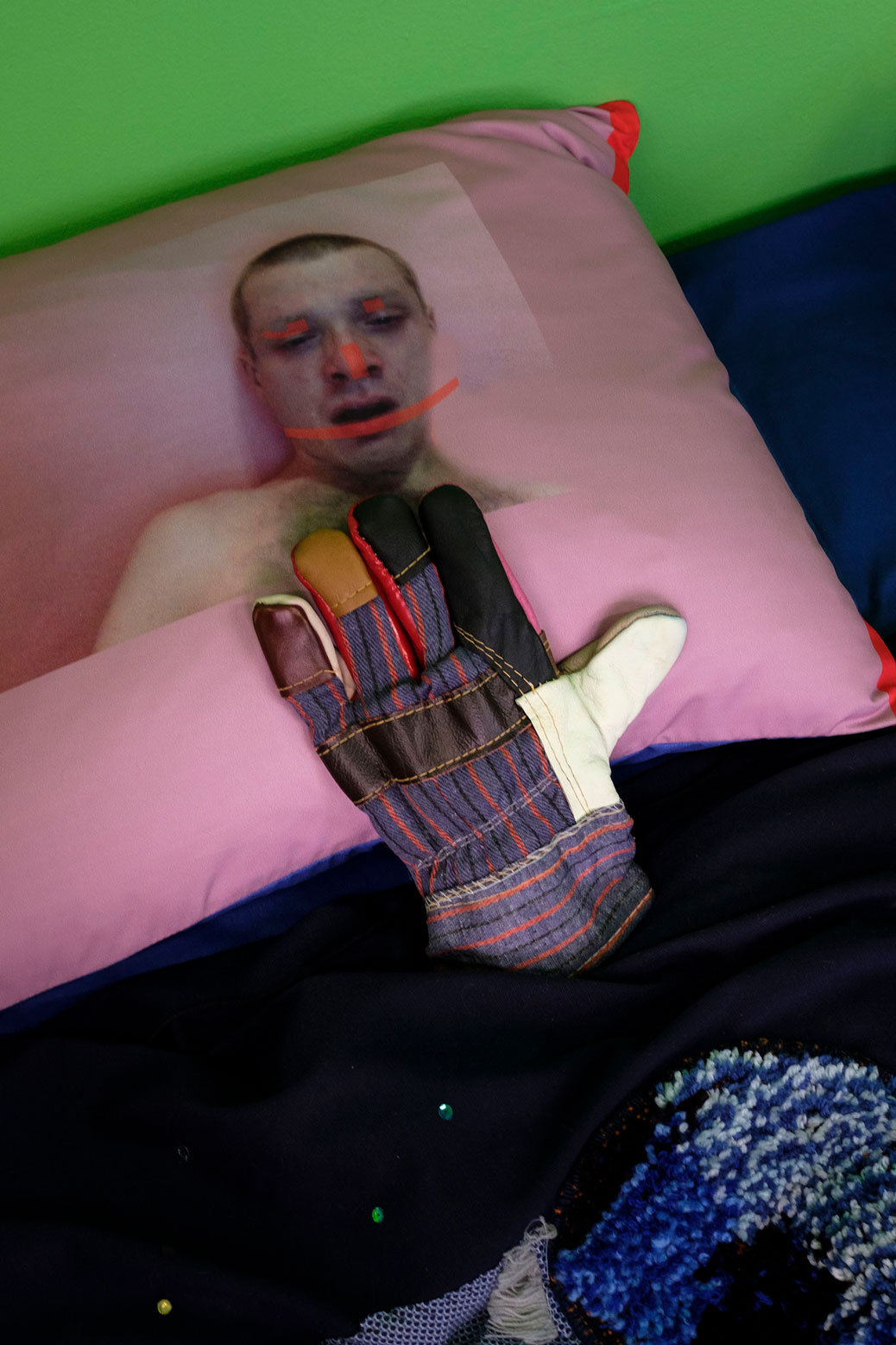 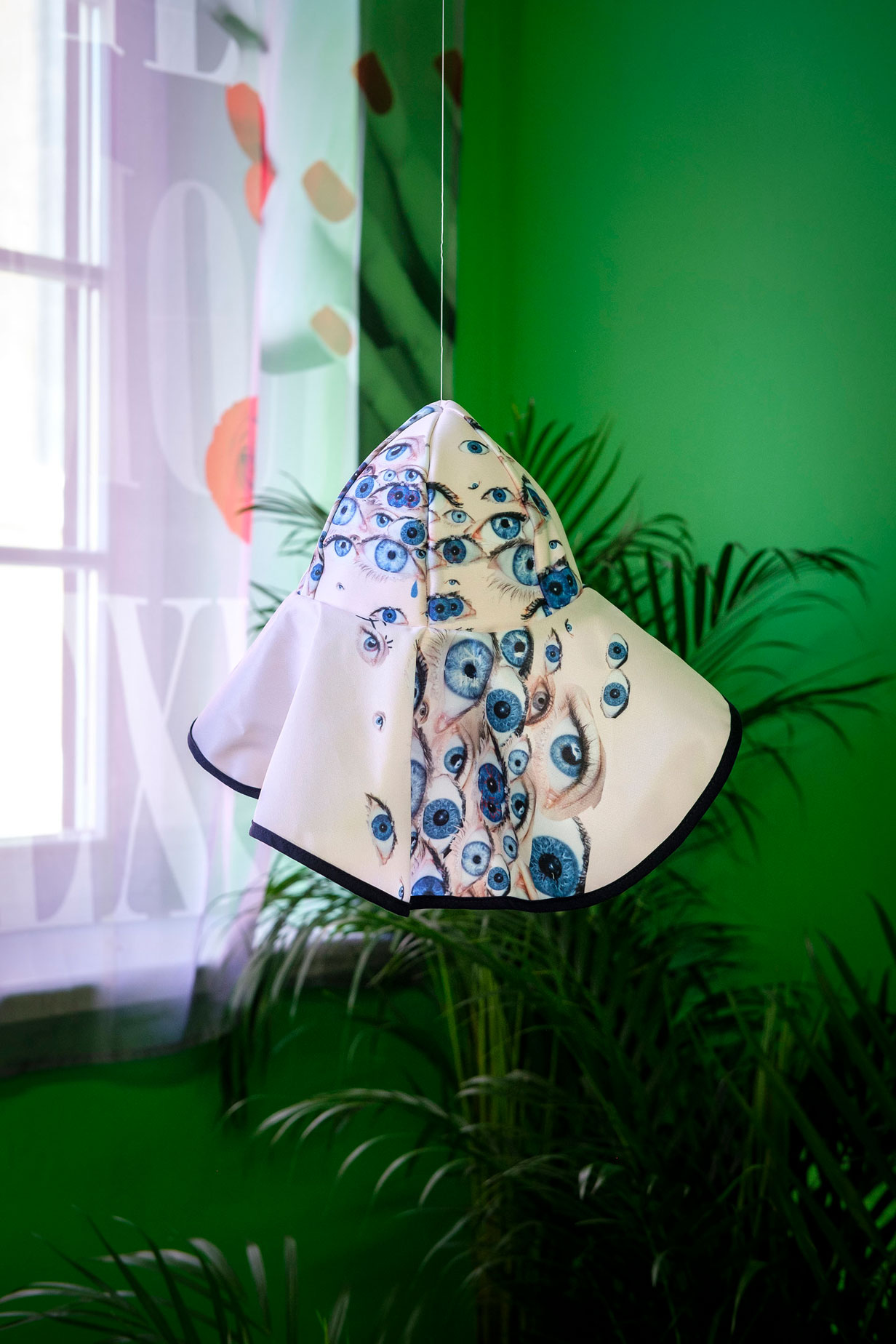 Continuing our journey traced with a finger on the map, we proceed between the zones of humid continental climate and tropical monsoon climate. We gather experience, inspiration, we discover our own selves. We approach a place that has no real location, but offers the possibility to replace the backdrop of events with any image that comes to our minds. In this space, tapping into the green screen technique, we encounter an everyday life in which clothes are a vehicle of stories and sensations. Without moving compulsively around, we reach the real essence of our journey. We moor alongside all the sad unwanted clothes that deliberately refuse to be in vogue. The place we have reached is seemingly situated in the centre. Yet, as we stay here for longer, we feel as if it was on the peripheries – excluded from ongoing participation. Here, there is no need to ask: do you fit? You are in a safe space, free from judgement. Clothes jumbled together lie on a bright concrete floor; mixed and thrown off the hangers. Blue Dogs run among them. They tell us their unbelievable truths, they brush against us, losing their hair. 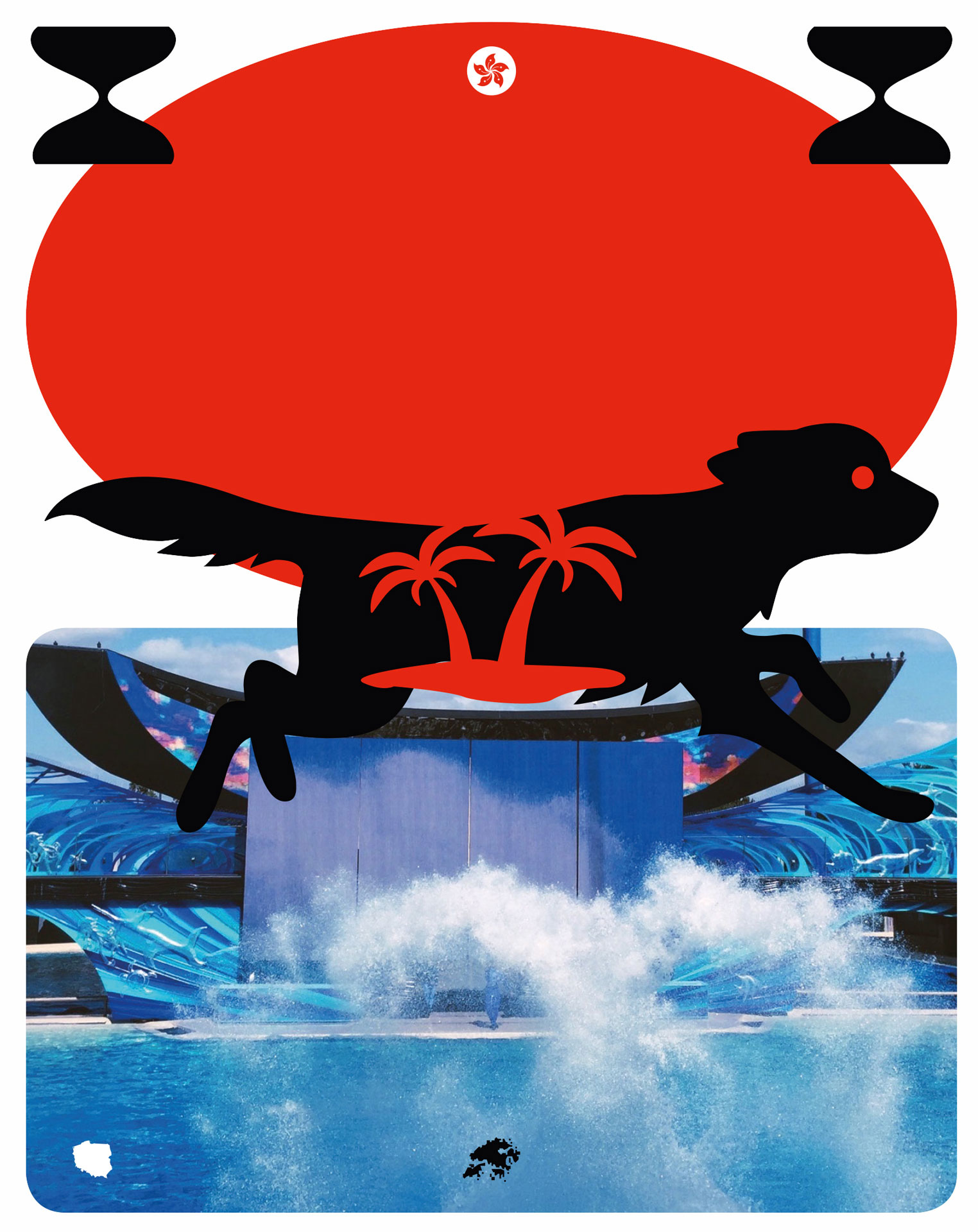 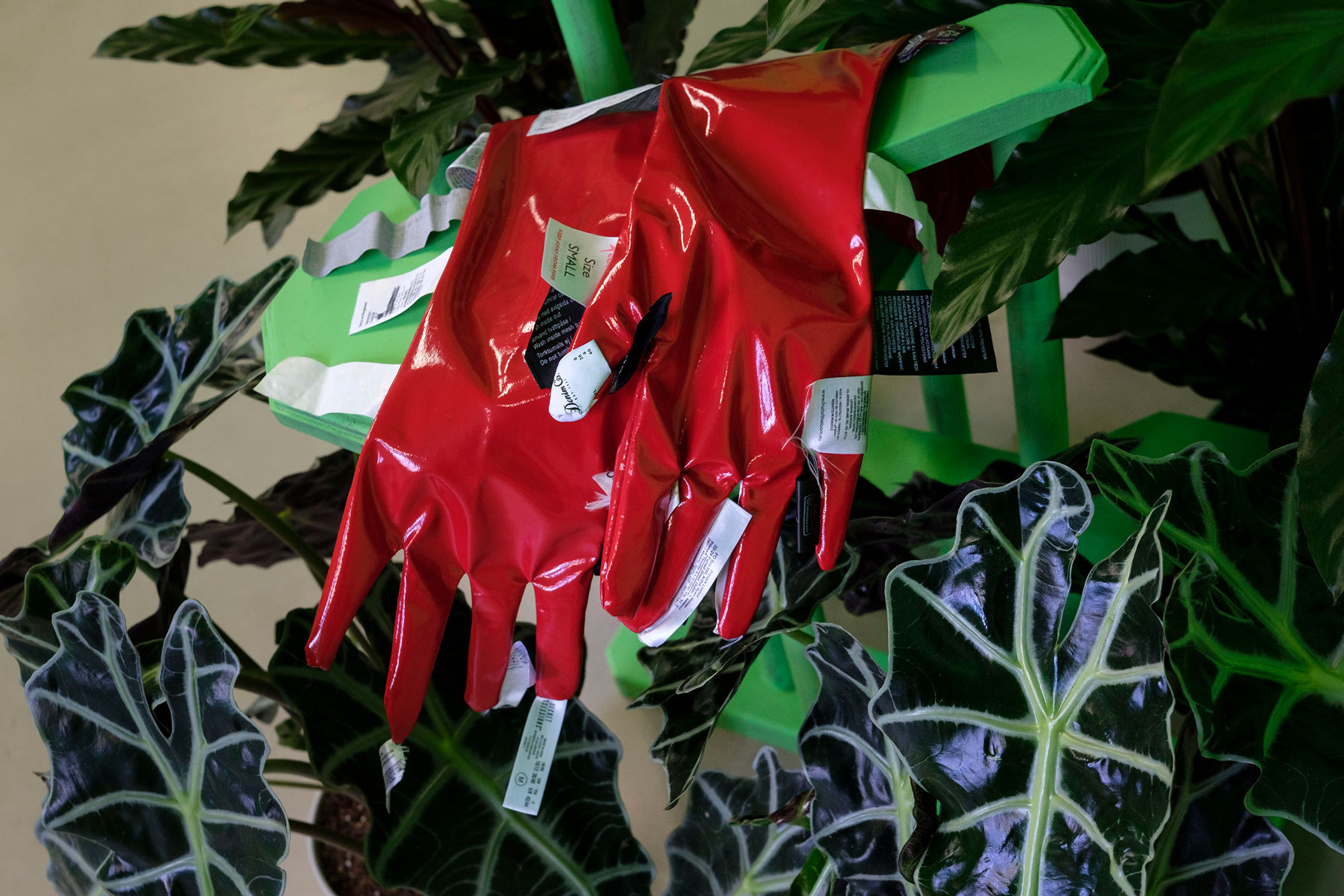 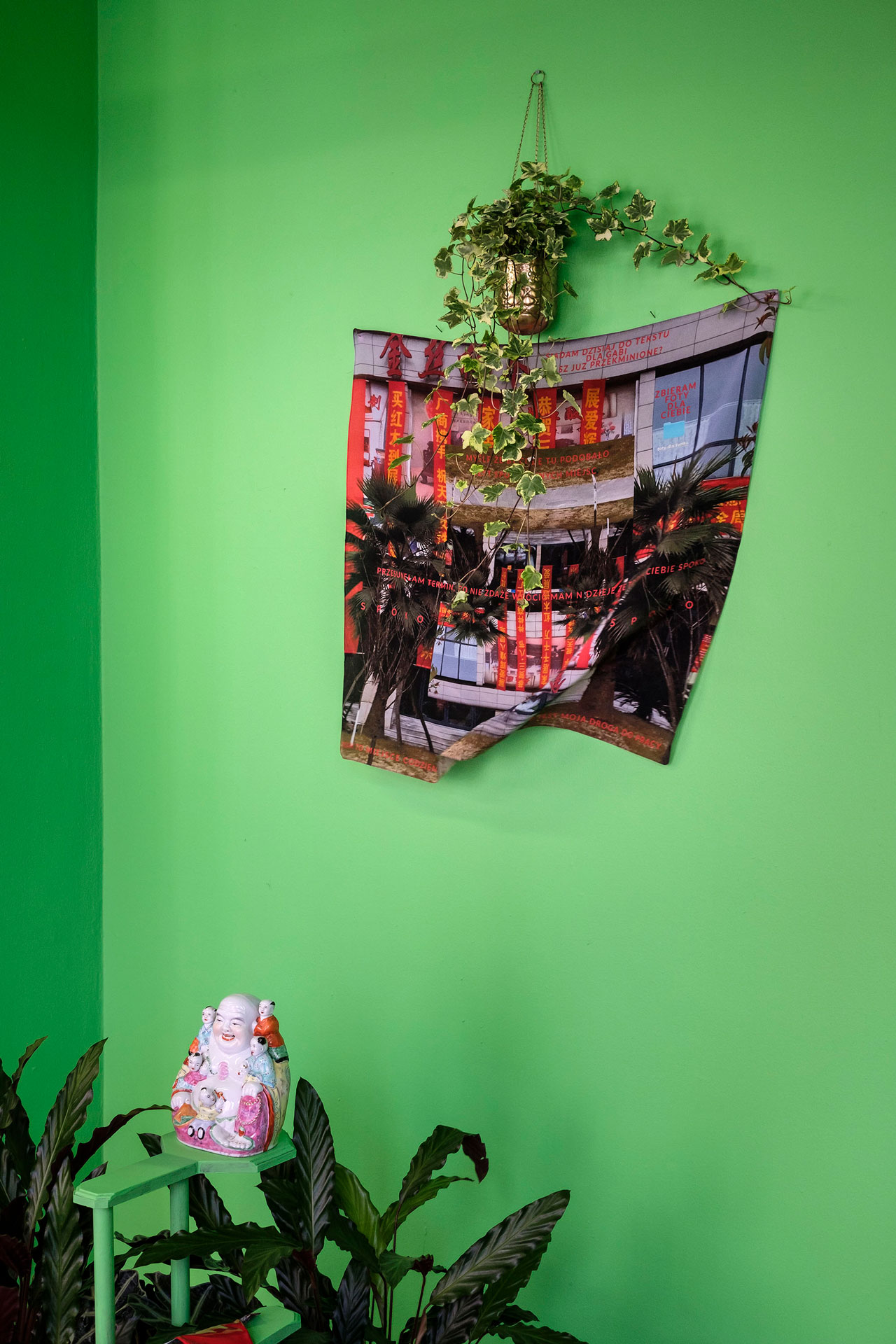 Pat Guzik alongside Tomek Armada take us on a journey to an unknown land. Far away from one another, they hold a several-month-long conversation. They exchange experience and reflection, while contesting the textile industry. Conversations beyond the time zone, sewn with 8391** kinds of stitches. This is what you can feel while visiting a space tailor-made for our times.

P.S. I’m also going through a helter-skelter of a time and I need to take it slow and think about it all. 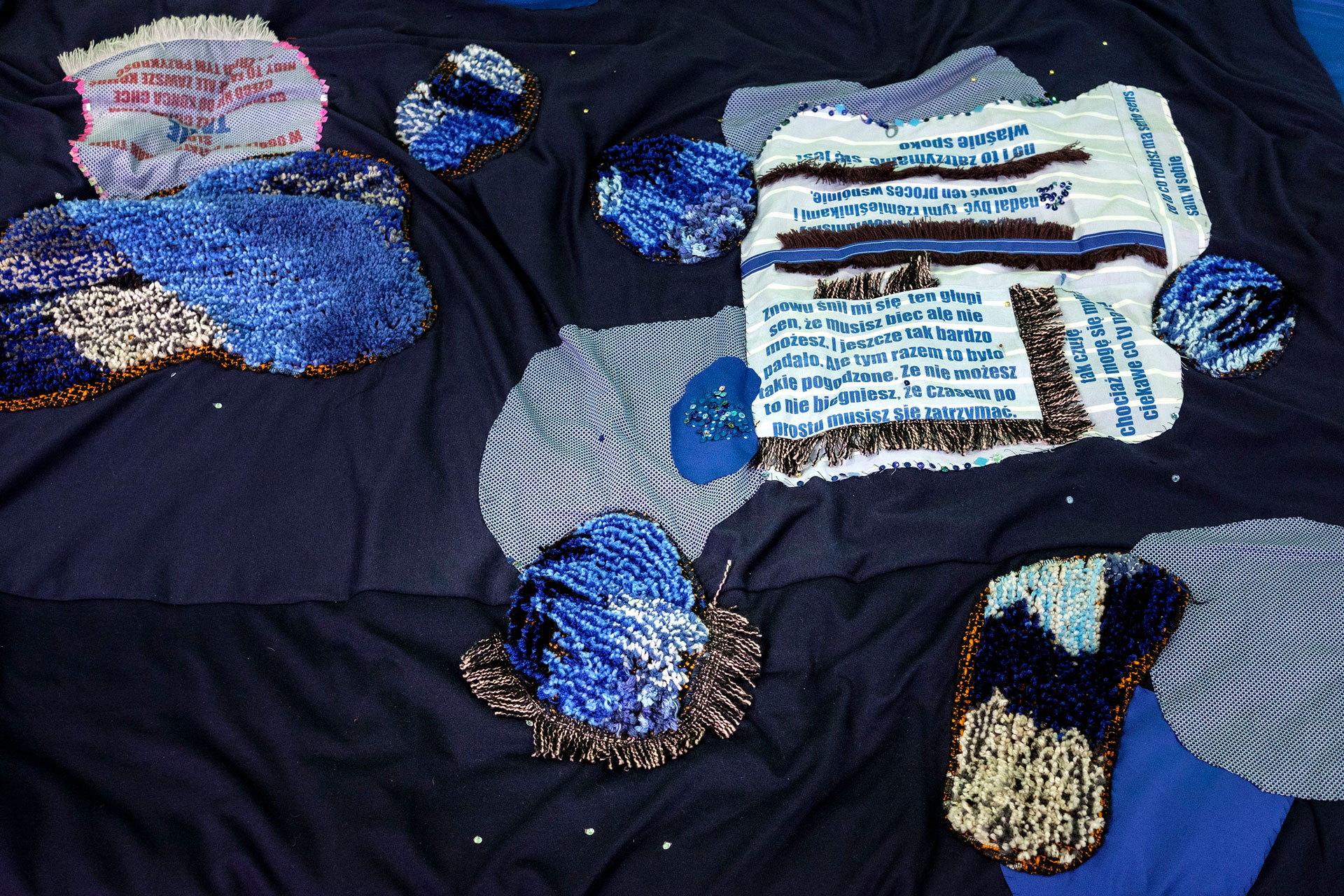 *Eleven blue dogs were running around the streets of one of India’s largest cities for a few days. The situation was due to water and air pollution. See: Indian blue dogs blamed on river pollution, ODN News, (August 17, 2017).

**Distance between Hong Kong and Łódź.